Edit
watch 02:56
Raise a Floppa - The Loop
Do you like this video?
Play Sound
This article is a stub. You can help Grim Dawn Wiki by expanding it. 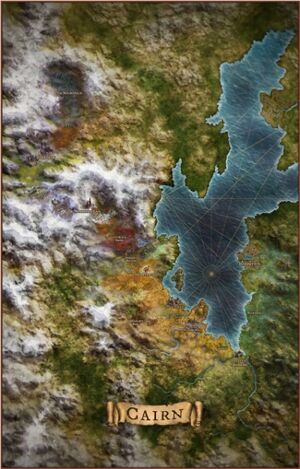 Cairn is a dark, war-torn world where a once proud empire has been brought to ruin and the human race driven to the edge of extinction. Cairn has become ground zero for an eternal war between two otherworldly powers, the Aetherials and Chthonians, one seeking to use human bodies as a resource, the other intent upon destroying the human race before that can happen. This cataclysmic war has not only decimated human civilization but is warping the very fabric of reality and, in its wake, giving life to new horrors and abominations.

The warp is the result of Aetherial energy seeping into the human plane of existence. The Aetherials have the ability to manipulate this energy but, untamed, it can spread like wildfire, feeding off the material world and growing in intensity. It is hazardous to living creatures, similar to fire or radiation and prolonged exposure to small doses can alter and distort living things.