Bestowed true sight by the Great Guardian, the worshippers of Dreeg are consumed by visions of possible futures. Many are driven mad by the whispers, but those that endure become invaluable assets capable of altering future events in the pursuit of the Witch Gods' goals.

Dreeg's worshippers say that to stand before the Great Guardian is a blessing without match. His words of wisdom echo through the eons as he seeks to strike a balance in the tumultuous strands of fate woven by the celestials themselves. It is said that none can witness Dreeg's warped form in person without their feeble mortal mind shattering.

The Cult of Dreeg are an allied Faction within Grim Dawn Forgotten Gods. 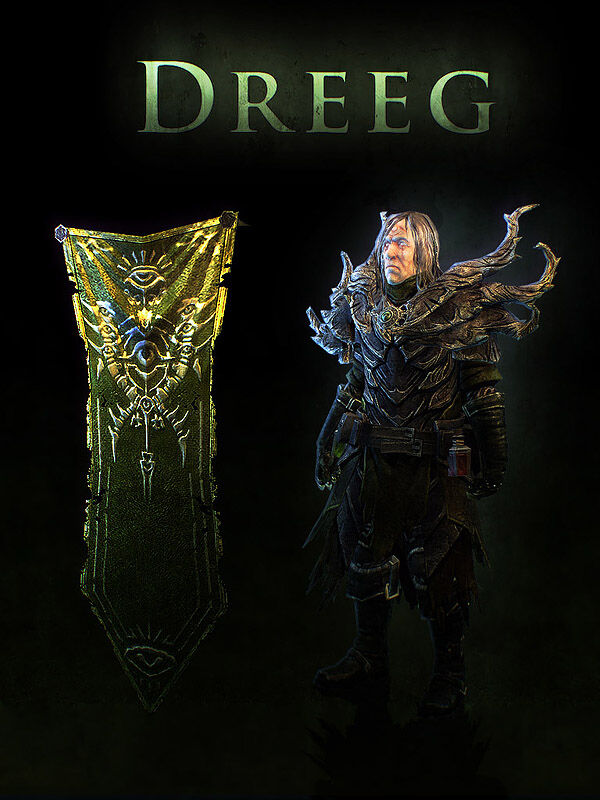