Old Arkovia is an area in Act 2. It has a Riftgate and connects to the Four Hills, New Harbor, Rocky Coast, and Twin Falls. There are two entrances to the Arkovian Undercity: one in the ruins southwest of the Riftgate, and one on the edge of the Broken Hills.

Following a period of steep decline, the rulers of Arkovia needed a scapegoat to distract the disgruntled populace from the corruption threatening to topple the once great empire. Necromancers proved to be a perfect target. Already detested by most citizens, the Arkovian Oligarchs banned the practice of necromancy outright and condemned its practitioners to the prison known as the Steps of Torment. One of the last necromancers to be captured was the mysterious Uroboruuk. But he was unlike any other, for he could not be killed by any means employed by the Arkovian executioners.

This naturally intrigued the Oligarchs, who craved such power for themselves. After excruciating and lengthy torture, Uroboruuk eventually gave in to their wishes and performed a ritual that would bestow his secret upon the greedy rulers. With the spell unleashed, the necromancer slipped away while the Arkovians tested their newfound immortality.

However, there was more to the spell than Uroboruuk let on, something the Arkovians discovered all too late. Their immortality was not a blessing, but a curse. Their wounds would not heal. The elderly would rot away from disease. Over decades of tormented existence without the merciful release of death, the Arkovians were driven mad, forever trapped between life and death. Nothing remained of them but spirits and bones. Uroboruuk’s revenge was absolute. 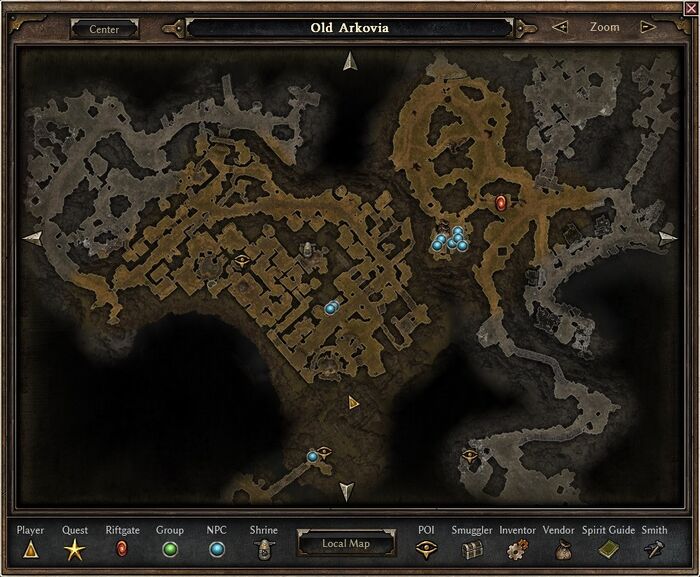