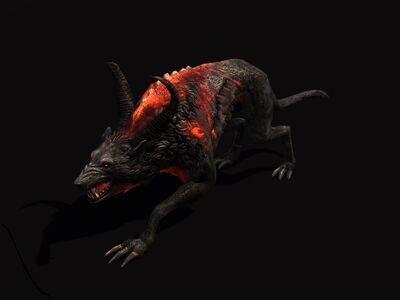 Pets are allied creatures summoned by the player to fight enemies. Pet stats and damage are increased by Bonus to All Pets affixes and stats, although base attributes (Health, Energy, etc) scale with player level.

Pets can be obtained from Mastery, Devotion and Item Skills, and can be permanent or have a temporary life span. Occultist, Shaman and Necromancer masteries all have pet skills. Cosmetic pets also exist in game, but only a total of 3 can be out at any time.

Some pets can be issued direct commands, such as to attack a specific target or to move to a specific location. These pets have their health status displayed in the upper left of the screen when summoned. Controllable pets have three stances: Normal, Defensive and Aggressive.

A list of all available pets can be viewed below.