The Temple City of Osyr is a world area in Act 7. It has a Riftgate and lies in the middle of the Korvan Plateau. It also has a single entrance to theTemple City of Osyr, and contains a secret path to the Hidden Refuge. 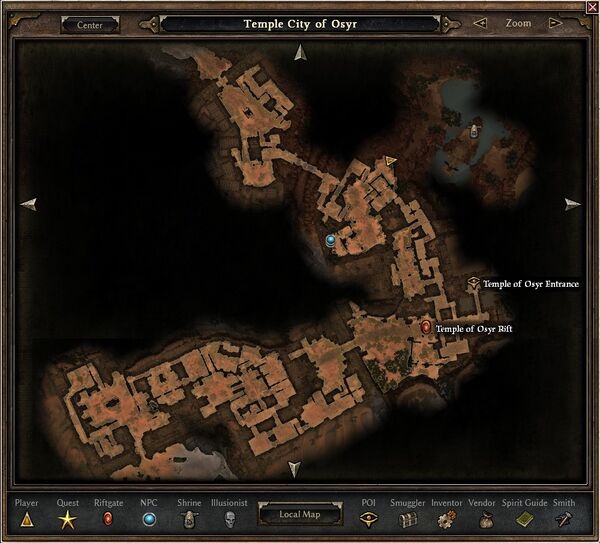