Valley of the Chosen

The Valley of the Chosen is a world area in Act 7. It has a Riftgate and is situated between the Infernal Wastes and the Remnants of Korvan City. It also contains the entrances to the Tomb of Ariath, Tomb of Nephos and the Path of the Damned. 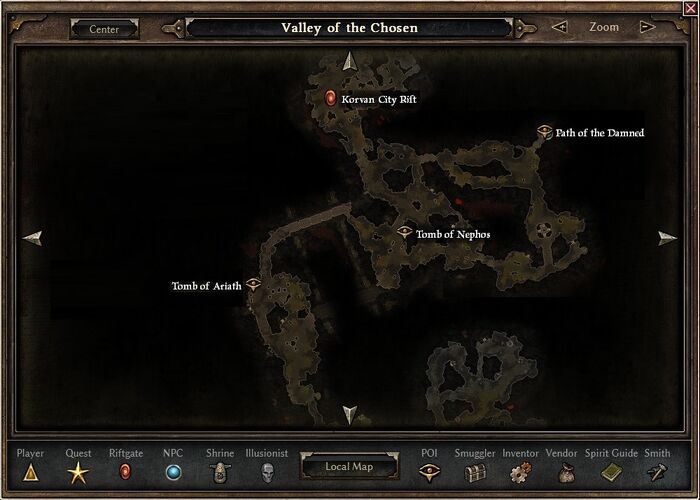